Skip to content
A Small Tribute to Grandma Toni
Have you ever known anyone that lived to be 100 years old? I have. And I can say she had more pep to her step than I do at 32! Her name, Antoinette W. Yager aka “Toni”.

Although I can’t claim Grandma Toni as my own, if you could’ve met her, you’d know it was hard to not feel like family around her. I’ve known grandma Toni for about 10 years. I truly don’t have a single memory where she isn’t smiling. I learned so much about Grandma Toni that really made me admire the woman she was. As I sat at her funeral and listened to everyone talk so beautifully about her and her life it was hard not to be moved. She made such an impact on those around her. Her grandchildren shared such fond memories of her. Her children mourned for their own loss. They lost their mother but they know she is at peace after a happy 100 years on earth so we cannot mourn her life. That is the last thing she’d ever want. Her pastors, past and present, spoke of her spunky charismatic presence at church. They all praised her character in such a variety of ways. From the way she was so disciplined to her baking recipes, to her dancing around banging spoons to a beat, everyone had a pleasantly different memory of her. And I don’t doubt that they all loved her equally because she was REAL. I’m so thankful to have known her. Grandma Toni and I had a connection. (I’m sure many say that about her) But we did. We are kindred spirits. She was a Midwestern girl, Oklahoma. She grew up on a farm with her family. As an early adult she followed her brothers to Toledo, Ohio and lived for awhile and then from there she moved out West to California. I don’t know much about Grandma Toni’s husband but i’m so curious about their life together. She was such a lovely person, I can’t imagine her partner in life being anything less than wonderful. I want to end with a quick story told at her funeral by her pastor. This really sums up Grandma Toni! 😊He said,

She whispers, “I should’ve won the other three too! I got cheated!” Then she

Grandma Toni lived a beautiful life with the embrace of a family who loved her so dearly. Her life will be remembered and honored for many many many years to come.
A few cool facts about Grandma Toni. 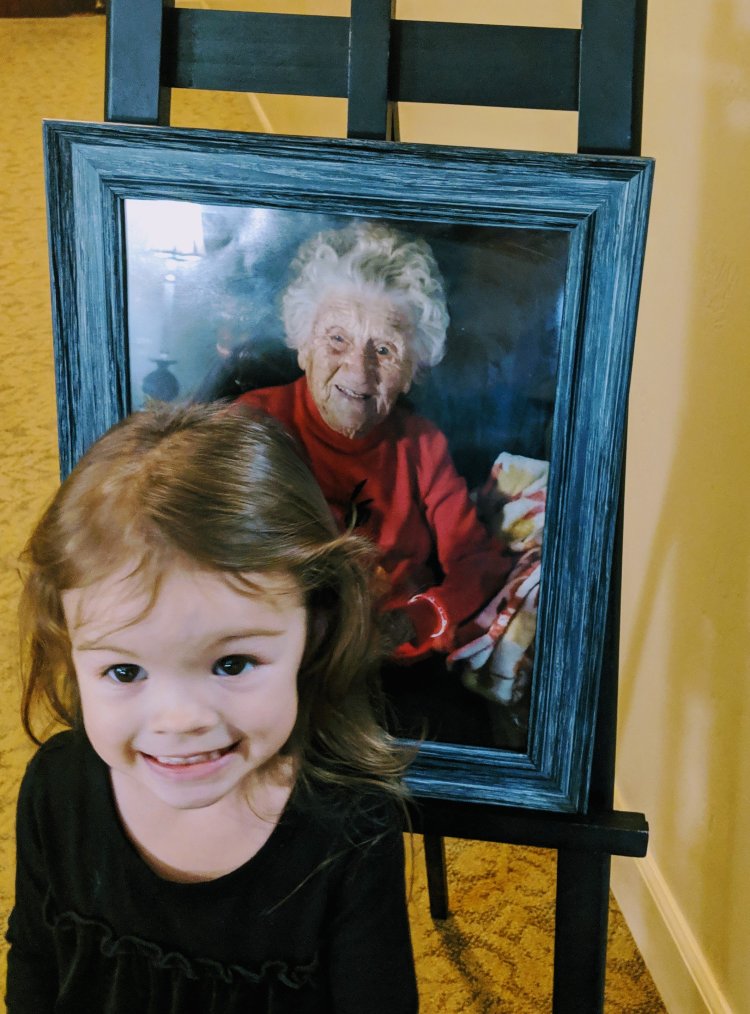 Rezy has been having a difficult time understanding death and the idea that Toni is no longer with us.. She did not like the idea of not seeing someone again and since the funeral she has asked to see Toni almost everyday. “Why” is the neverending question right now when it comes to anything about death. Ya know, I think it’s ok to not have every answer for them because there are certain “life subjects” where we actually know just as much as they do which is…notta clue! Question by question we all just do our best!